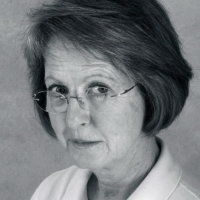 Travel
People who travel for pleasure will want to get back to doing so. Beginning in the third quarter of 2020, airline business appeared to have bounced back. But, it was a different normal. Domestic travel was surging, international travel was still depressed, and business travel was a no-go. By definition, leisure travel is discretionary. Business travel is less so. In 2019, business-travel spending reached $1.4 trillion, more than 20 percent of the total spending in the hospitality and travel sector. Some executives in the field think that it may never recover to the 2019 level.

Businesses
Disruption creates space for entrepreneurs. In the third quarter of 2020 alone, there were more than 1.5 million new-business applications in the United States—almost double the figure for the same period in 2019. Of course, many are single-person establishments that could stay that way (restaurant chef turned caterer). However, data shows that the volume of applications for businesses likeliest to generate payrolls has risen strongly, 50% more than in 2019. Venture capital activity has remained strong as well. In Europe where the recovery strategy tended to emphasize protecting jobs (not income, as in the United States), the rise of entrepreneurial businesses has been slower.

On the whole, however, the pandemic has been devastating small business. U.S. small-business revenue fell more than 30 percent between January and December 2020. But, the positive trend in entrepreneurship could bode well for job growth and economic activity.

Technology
There’s no going back. The great acceleration in the use of technology, digitization, and new forms of working is here to stay. The pandemic created both an imperative for companies to reconfigure their operations and an opportunity to transform them.  Many executives reported that they moved 20 to 25 times faster than they thought possible on things like building supply-chain redundancies, improving data security, and increasing the use of advanced technologies in operations. The impact on long-term productivity remains to be seen. But it’s worth noting that as the pandemic forced the transition to working from home, U.S. productivity in the second quarter of 2020 rose 10.6 percent and by another 4.6 percent increase in the third quarter, which is the largest six-month improvement since 1965.

Everything from online customer service to remote working to supply-chain reinvention to the use of artificial intelligence (AI) and machine learning to improve operations moved rapidly to the digital sphere, transforming legacy industries like healthcare, banking and manufacturing. Typically, it has taken a decade or longer for game-changing technologies to evolve from cool new things to productivity drivers.

In 2019, the idea of remote working was in the air but not proceeding very far. The pandemic changed that, with tens of millions of people transitioning to working from home, essentially overnight, in a wide range of industries. For example, telehealth visits were possible, but not common and not recognized for reimbursement by most insurors. Today, some think telehealth could account for 30% of all healthcare visits going forward.

Ahead Full Steam
The near-term challenge, then, is to move from reacting to the crisis to building and institutionalizing what has been done well so far. For consumer industries, particularly retail, that could mean improving digital and omnichannel business models. In the U. S, the first half of 2020 saw an increase in e-commerce equivalent to that of the previous ten years.

The pandemic also revealed vulnerabilities in the long, complicated supply chains of many companies. When a single country or even a single factory went dark, the lack of critical components shut down production. Once businesses began to study how their supply chains worked, three things became clear: 1- Disruptions aren’t unusual. Any given company can expect a shutdown lasting a month or so every 3.7 years. Such shocks, then, are predictable features of doing business that need to be managed like any other.

2- Cost differences among developed and many developing countries are narrowing. Use of robust data and analytics, together with an emphasis on end-to-end optimization over individual transaction costs can offset much of the labor-cost differential between China and the United States, for example. Agencies and companies moved quickly to diversify their networks of suppliers for essentials.

3- Most businesses do not have a good idea of what is going on lower down in their supply chains, where subtiers play small but critical roles, and where most disruptions originate. With data analytics, companies can learn more about, audit, and connect with their entire value chains.

For the office- based workforce, there are are two important challenges. One is to decide the role of the office itself, which is the traditional center for creating culture and a sense of belonging. Companies will have to make decisions on everything from real estate (Do we need this building, office, or floor?) to workplace design (How much space between desks? Are pantries safe?) to training and professional development.

The other challenge is to adapt the workforce to the requirements of automation, digitization, and other technologies. Evidence shows that the benefits of reskilling current staff, rather than letting them go and then finding new people, typically costs less and brings benefits that outweigh the costs.

The pandemic is also showing potential as the launching point for a massive acceleration in the pace of medical innovation, with biology meeting technology in new ways. Not only was the COVID-19 genome sequenced in a matter of weeks, rather than months, but the vaccine rolled out in less than a year—an astonishing accomplishment given that normal vaccine development has often taken a decade. Urgency has created momentum, but the larger story is how a wide and diverse range of capabilities—among them, bioengineering, genetic sequencing, computing, data analytics, automation, machine learning, and AI—have come together. If those lessons are applied to other diseases, they could play a significant role in setting the foundation for the faster development of treatments.

More Articles Like This:
Student Debt: It's Not Just for Young Adults
Mid-Year Is a Good Time to Fine-Tune Your Finances
Four Questions on the Roth Five-Year Rule
The ABCs of Finance: Teaching Kids About Money
All Content